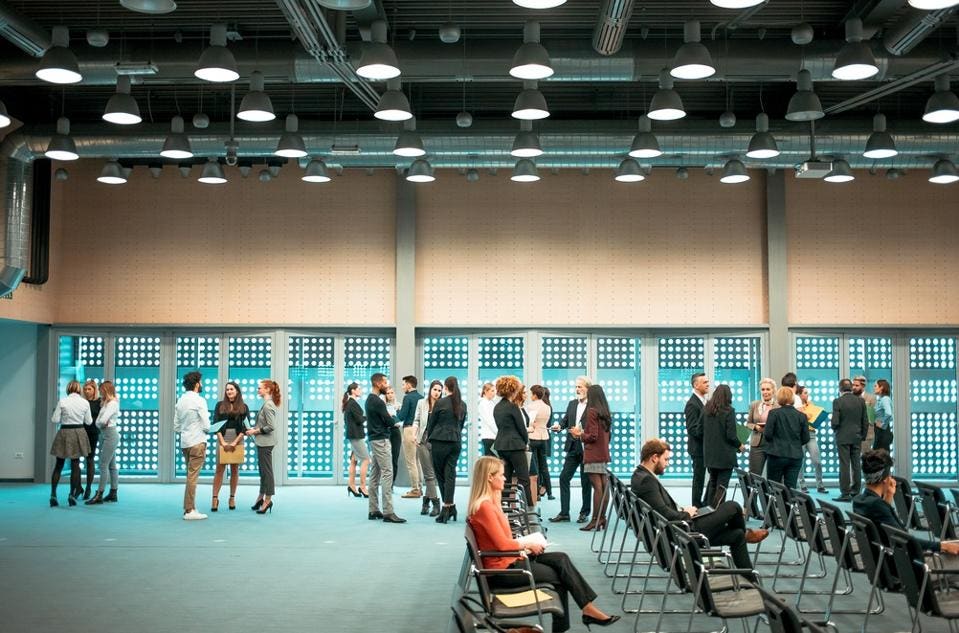 Many corporations have mimicked the models from independent accelerators by creating their own internal accelerators. GETTY

Young companies are always seeking out new and forward-thinking ways to find product market fit. Startups are defined by innovation and experimentation. For larger, more established companies, the story is different. Long established successful businesses and the process and structures that support them can make innovation extremely challenging.

Corporations used to focusing on fine-tuning their massive operations and squeezing out efficiencies understand that it is neither possible nor practical to simply throw out what’s working and embrace every shiny new object of innovation. Leadership can almost always see when a tide is turning in their industry, but often does not have the tools, processes, or talent to steer the ship in that direction without risking the core businesses. How can they bridge this gap?

The answer often lies with one of the most promising, yet misunderstood tools of corporate innovation: the accelerator program.

Most executives now understand that they can’t possibly have all of the smartest people in the world at their own organization, and that the next truly disruptive idea is almost certain to come from outside their company. Accelerators provide the “innovation interface” and allow big companies to connect with and evaluate outside innovations coming from the startup world without having to change their entire organization immediately.

Leadership can almost always see when a tide is turning in their industry, but often does not have the tools, processes, or talent to steer the ship in that direction without risking the core businesses.

However, what works in the startup world, with independent accelerators operating with a financially-driven venture capitalist mindset, usually does not work in the corporate world. This is the first mistake made by corporate accelerator programs.

Many corporations have mimicked the models from independent accelerators, such as the popular Techstars and Y Combinator programs, by creating their own internal accelerators. Called “corporate accelerators,” these programs are popular in large for-profit companies, many of which are publicly traded and need to be seen as innovative in the eyes of their share- holders. They provide some combination of office space, training, mentorship, product development, investment, and partnership paths for startups.

Independent accelerator programs focus on achieving financial returns through ownership in the participating startups. They make money when those shares in the company become liquid via an acquisition or initial public offering (IPO), and are motivated to help the startups succeed so they get a bigger financial outcome.

Corporate accelerators often do not have such clear-cut goals. The complex machinery of large corporations can pull these programs in many different directions, trying to please multiple stakeholders while satisfying none. In many cases, the goals are some version of market intelligence to prevent their own disruption, and increased revenue for themselves. In the worst-case scenario, they only use the programs to boost their own PR agendas and to seem innovative – innovation theater, where the players are performing for upper management and the stock market – but no real change is ever enacted to the business and its culture.

This is not necessarily a bad thing. In fact, self-preservation and profit are a fiduciary responsibility of public companies. Sure, some people within those companies are interested in helping startups for personal reasons, but big companies are not philanthropies and the potential financial reward from equity alone is likely not a big enough incentive. As long as startups understand this, there are a lot of good things that can come of it. But never forget that the reason a corporation will launch an accelerator program is to benefit that corporation in some way. Unlike independent accelerator programs, who win big if the participating startups win big, corporate accelerators may not have the best interest of the startups as their main priority.

Despite this, the trend has caught on, and corporate accelerators have invested hundreds of millions of dollars in tens of thousands of startups. However, we know that these programs tend to be short-lived, with 60% of accelerator programs failing after just two years. Designing a corporate accelerator with the template that works for independent accelerators – where ROI is the focus and 5- to 10-year horizons can be the norm – instead of meeting uniquely corporate goals, can be a recipe for failure.

“Cargo cults” are a metaphor for when we imitate behaviors without understanding how they work in the hope of achieving the same results. They arose in the South Pacific as native islanders sought to mimic the behaviors and technologically superior physical structures that brought rich cargoes and supplies to the soldiers stationed there during World War II.

The GIs in the New Hebrides (now known as Vanuatu), part of the Melanesian islands off the northeast coast of Australia, found the natives re-creating their foreign planes, radios, roads, and landing strips from materials such as wood, straw, and sand. They practiced rituals and built these artifacts in the hopes that their wooden structures would rain down the same gifts of food and guns that they saw coming from the magic ships and planes sent by “Rusefel” (Roosevelt), the friendly king of America.

Obviously, the planes made from wood and straw did not yield bounties of food and supplies to the South Pacific islanders. But are the behaviors of corporate innovation executives mimicking the success of Y Combinator and others really so different? Just as islanders building wooden planes didn’t result in their ability to fly, neither will simply copying nimble venture accelerators result in successful corporate innovation.

There are many challenges to corporate innovation, but there are also an impressive number of tools available for companies looking to be more innovative. In particular, partnering with startups in a structured program like an accelerator helps companies stay up to date on transformational technologies that will drive the evolution and disruption of their industry.

Corporate accelerators are one important piece of the complex innovation puzzle. They can bring new ideas and cultural change into a more established corporation and, when done right, have a real impact on the company’s business. But simply mimicking the mechanics of a venture based accelerator is to emulate the cargo cultists. To succeed, companies need to focus on defining their goals and effectively partnering to bring innovations into their business.

Jeremy Kagan is a Venture Partner at Reign Ventures, and an advisor to corporations, startups and digital media companies. He is the co-author of Designing the Successful Corporate Accelerator, and the textbook Digital Marketing: Strategy & Tactics. As the former Managing Director of the Eugene Lang Center for Entrepreneurship at Columbia Business School, he oversaw the entrepreneurial curriculum, student programs, the Lang venture capital fund, and the Columbia Startup Lab.